Red Crucible 2 is a free-to-play online shooter by Rocketeer Games.

Since Red Crucible 2, players can customize their load out and appearance. Animations have been improved. Many vehicles and arenas were added during the development of Red Crucible 2.

Final message in the Mac app version of RC2 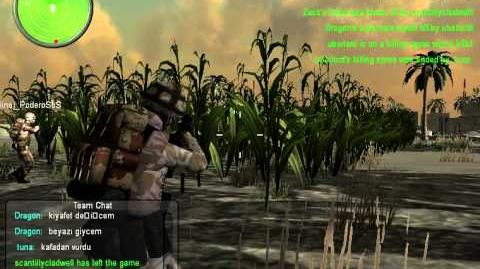 Red Crucible Snipers 2.avi
Add a photo to this gallery

Where to play Edit

Red Crucible was removed at the moment Red Crucible: Firestorm came out. These were the links:

Red Crucible can best be described as a tactical arcade-like shooter. Players can play in first-person, or in third-person mode. There are ground and air vehicles available in arenas in deserts, villages, bays, and an oil rig.

Retrieved from "https://redcrucible.fandom.com/wiki/Red_Crucible_2?oldid=15054"
Community content is available under CC-BY-SA unless otherwise noted.